What a great experience meeting Jonathan Van Ness and taping the podcast “Getting Curious” with him!!!!

Should I Be Terrified of Snakes… and What are They Going Through These Days Anyway? with Dr. Sara Ruane 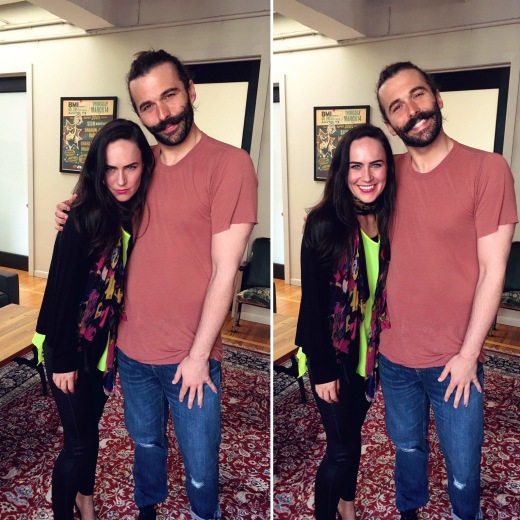 Had such a great time on the podcast “You’re the Expert” along with Michael Showalter, Roy Wood Jr., and Sarah Kay!

A few other pics from the trip!

New York Times coverage of a species I recently described (along with my colleagues Frank Burbrink, Bernard Randriamahatantsoa, and Chris  Raxworthy) from Madagascar, get the pdf here:  Ruane_et_al_2016_lolo

links to some other popular stories (and a wikipedia entry that someone made for it!):

Check out the cool blog post and and video about snakes and my research from LSU!

All About Snakes: In the Lab with Dr. Sara Ruane @Sara_and_Snakes from Paige Brown Jarreau on Vimeo.

New episode of Shelf Life, which deals with extinction, and where I get to talk all about golden toads (Incilius periglenes)!

I know I’ve really arrived when I’m in a photo on the New York Social Diary (even if my name doesn’t appear…)! Some nice info about the event as well.

My cool kingsnake or coralsnake game, teaching kids about snakes at the AMNH Family Party in October! 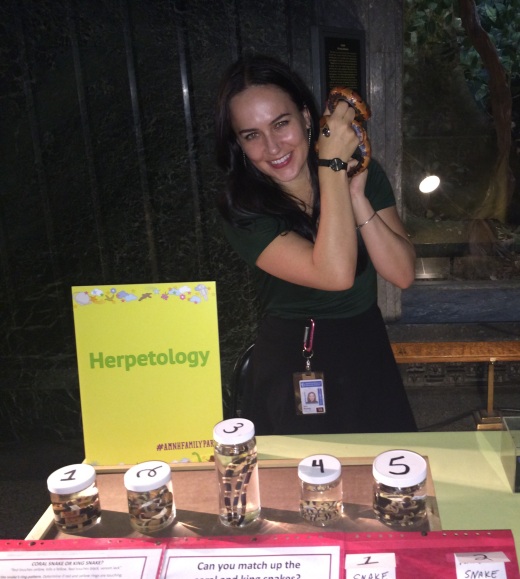 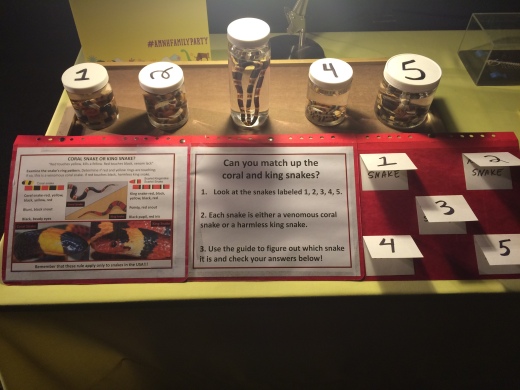 Video from the AMNH SRMP program about my work as mentor!

If you’ve got 30 minutes to spare and want to know more about gene-tree/species-tree discordance in empirical datasets (snakes!), check out my talk from the Breaking Barriers: Empirical, Theoretical, and Gender Issues in Phylogenetics Symposium at Evolution 2015!

2015: Scientist at AMNH Tumblr “Speed Science” event, coverage (including S. Ruane) by the Wall Street Journal, lots of info about my big ‘ole jar of hemipenes (and pictured below). 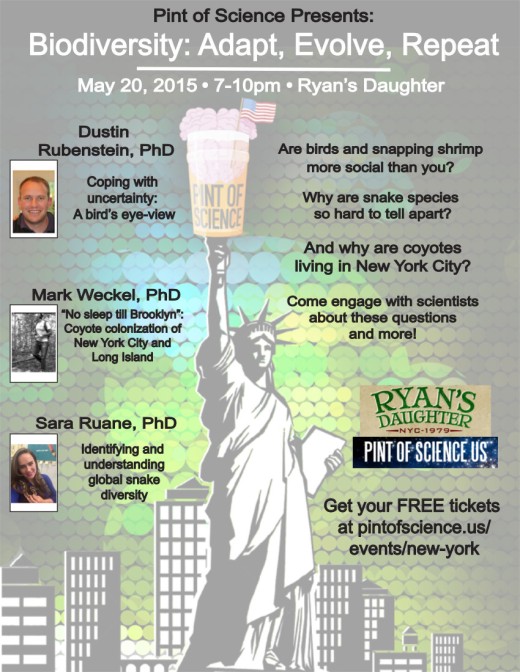 2014: American Museum of Natural History scientist for “Meet the Scientist in the Discovery Room”, educational program for children 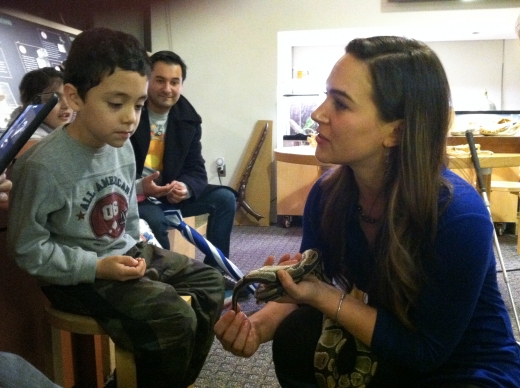 Dr. Sara Ruane, herpetologist at the American Museum of Natural History, shows how she collects snakes in Madagascar, at the “Meet the Scientist” program at the Museum; New York City; December 6, 2014. Photo by Katherine Bourbeau 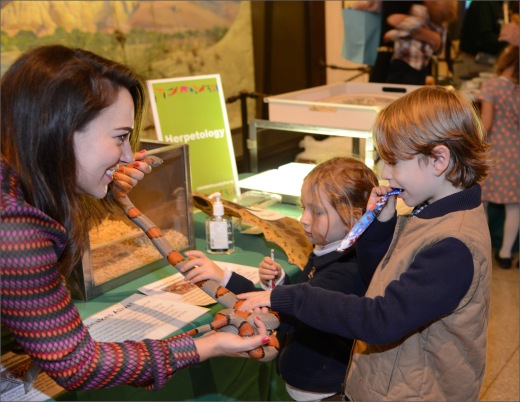 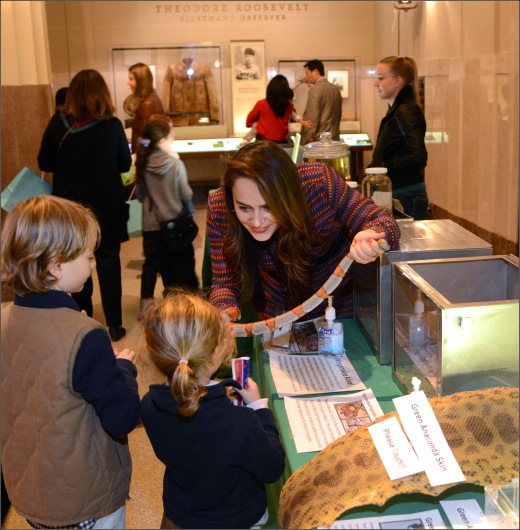 2014: Interviewed for BBC article by Nadia Drake, “What were the legendary man-eating snakes of Borneo?”

2012: Video of World Congress of Herpetology talk by S. Ruane, winner of the SSAR award for best student talk in systematics

Some questions I answered for readers in the popular science magazine, New Scientist

Wow, came across this online from when I was a graduate student, and very pleased to see how far I’ve come since this interview with the college newspaper (and that I seem to be mostly on track with what I said then!).